On the second show out of three in Germany we went to the Backstage complex in Munich. Apparently we've been here before, during the long tour with Napalm Death back in 2001. I had gotten this place mixed up with the Feierwerk or possibly Hansa 39 which are two previous venues I've been to in Munich. Imagine my surprise when I woke up in what can only be described as an jungle… The entire complex is surrounded by palm trees and other plants and I had no idea where we were.

The complex has a number of halls in different sizes and we played in the "Club" which is one of the smaller ones, if not the smallest one. I believe there were four different things happening at Backstage at the same time so it felt quite weird. Would there be any people coming to our show?

I spent most of the day in pain. My back was aching badly due to unknown reasons. Maybe a combination of a weird sleeping position and a cold that only struck the back. I was feeling it already in Geneva but in Munich it was really bad. Luckily we had a nice backstage area far away from the stage so I could take it easy and take care of some internet business. 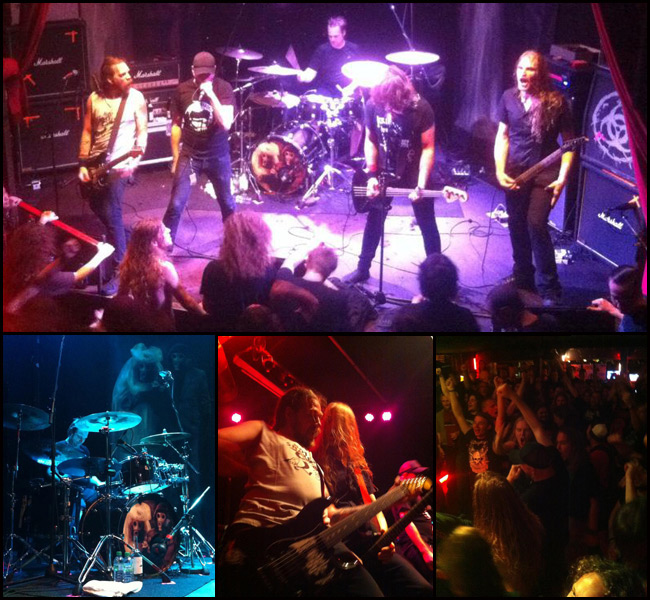 We had no extra support band this night, so it was quite an early show. But what a show! The crowd went mental which surprised us a lot. We had expected it to be a slow night, but it was quite the opposite. The small room was filled and we observed people both moshing like maniacs and singing along to the lyrics. Crazy. And when it was time for the encores the general vibe was that we could keep playing forever, so we played seven extra songs which isn't really the amount we usually play. A great night in Munich.

The first of five Eastern dates which in total includes four completely new countries for Nasum started in Ljubljana, Slovenia. The Gala Hala venue is part of bigger complex just like the Backstage Club the day before, but was located in a completely different surrounding, although that Backstage jungle would have been a nice and not at all unexpected addition. There were a lot of different houses connected via a big yard and everything was covered in graffiti and various art pieces mostly made out of recycled objects. Sort of a squat mixed with a crazy playground.

We arrived quite early - or the load in was quite late - so we had a few hours to kill in this environment. I brought out the digital camera and shot some of the stuff I saw there. 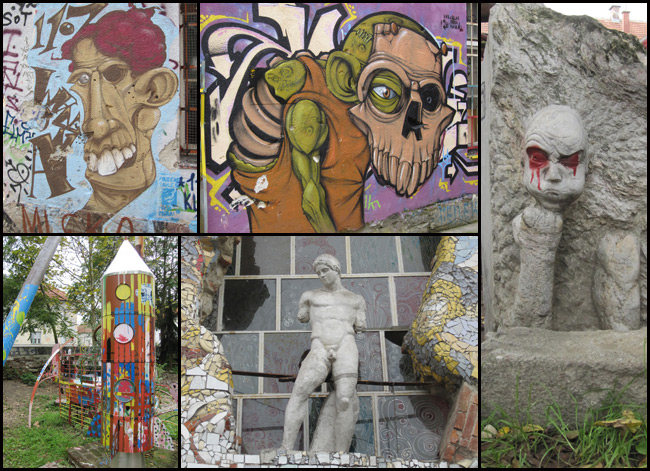 In the late afternoon we got access to the venue and could load in and set up our stuff. I was sweating like crazy just by setting up the drums, which was a sort of a premonition that the show would be really hot. After soundcheck and some food I hung out in the bus watching some shit in my laptop and then joined a totally unexpected discussion about drum fill-ins together with Urban and Hannes. That's an alternative way to warm up before a show. 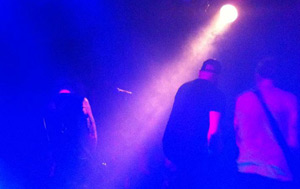 After Hellcrawler, who were the local support, and Black Breath we went up on the quite small stage and played for the first and last time in Slovenia. As expected it was really hot and we were more or less soak after a few songs. The show was another good one and I felt that we had a real connection within the band on stage. Of course we have that every night, but this is one of the first times that I really thought about it. We know our songs in and out and we know every single little detail leading from one song to another. It's grindcore chemistry for sure.

Our tour manager Janne had put together a tour book with all information about support acts, times, dressing rooms, showers and all that type of good things to know when you arrive at a venue. There's also some information about "interesting places near the venue" and on the page for Budapest, Hungary there was a note that the Heroes Square was close. That was definitively something worth seeing so Janne, Petri and I went there crossing a nice park. On the way there we met Ronald Reagan, which was quite surprising. 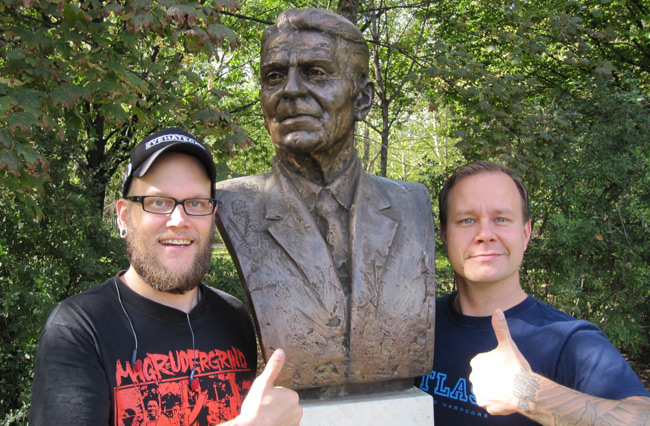 Further on our way to Heroes Square we found a museum with some nice statues and architecture worth capturing with the digital camera.

And then we eventually reached Heroes Square which was filled with Bolt Throweresque statues and quite impressive over all. We stayed there for a while soaking up the history. 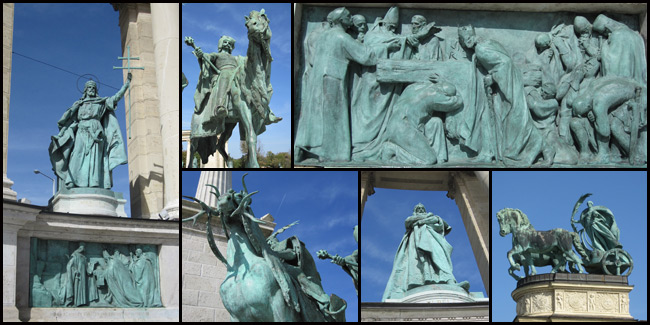 Back at the venue Dürek Kert we had a very nice catering with some really nice people taking care of us through out the night. You couldn't really ask for more. Not that much happened before the show, we more or less just hung out passing the time. Oh yeah, our friend Curby, manager of the Obscene Extreme Fest showed up and will travel with us for a couple of days.

Today's support act was a local crusty band called Freedom Is A Lie and following Black Breath we entered the stage in front of a quite enthusiastic audience. Unfortunately the room was resonating badly so I felt that we were three milliseconds out of sync with each other the entire show. I heard more of the bounce in the far end of the room than from the monitor I had just behind me. Annoying, to say the least. The show went fine considering the conditions but it was quite tough playing the songs without some proper monitors. 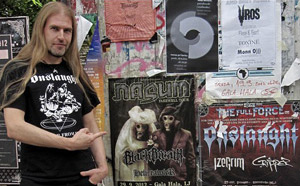 During the last couple of days we have noticed that the legendary Onslaught is virtually on the same roads in the east as us. We also heard that they had a few shows cancelled and during our stay in Budapest we got a request if their touring package could join us in Bratislava, Slovakia. We agreed to that so all of a sudden the supportless show at Randal got three support acts - Cripper, Izegrim and Onslaught! How weird… Just a couple of days earlier fanboy Urban posed in his Onslaught t-shirt besides our respective posters. 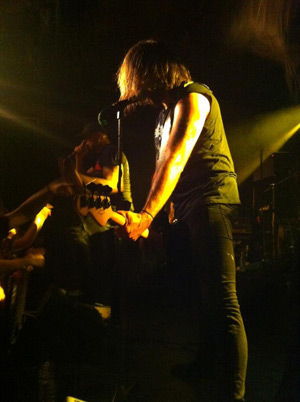 Having five bands on the bill and two complete backlines to cram into a small club was a bit of a hassle though, but we made it work. Fortunately there was another venue above the Randal club where we could hang out in complete silence, so that's where Jesper and I spent most of the night. Our nightliner lacked the proper power support from the venue so it was parked at another street and all the power was gone so there was no point in hanging out there if you wanted some time for yourself.

I think our show went fine, but we suffered from the "stagediver-that-will-not-leave-the-stage" disease. Some dude got on stage for a couple of times but apparently had problems getting down from it. At some point he even bit Keijo's leg, which was way more funny for the rest of us than for our precious singer. And then the dude more or less fell between the stage and the fence in front of it and just kept on laying there. A word of advice to stagedivers: feel free to do your business at a Nasum show but don't stay on the stage!