ABOUT THE FAREWELL TOUR OF 2012

In 2010 the idea of doing one final Nasum show as a true ending to the sad demise of the band was born. Two years later the four remaining Nasum members from Mark 5-7 embarked on a world tour with Keijo Niinimaa from Rotten Sound on vocals.

In total 62 shows were performed in Europe, USA, Asia, Austalia and New Zeeland. Starting with a hometown show in Örebro in May and ending with a packed and crazy Stockholm show in October, ultimately documented in the concertmovie "Blasting Shit to Bits - The Final Show", released on digital and DVD in 2020.

This part of nasum.com collects some of the things connected to the final tour - the statement that brung Nasum back to life and the tour blog that documented the complete adventure, along with some videos and other interesting information. 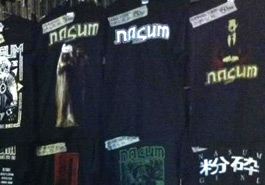 The complete list of all dates on the tour and most of the support bands,

For the nerds - a complete list of all songs performed when and where during the tour!

A collection of all the videos from the Farewell tour found on YouTube.

A look into the selection of the merchandise sold on the Farewell tour.

No cheesy reunion, no new albums, no epitaph for Mieszko. We will play only a few cities and festivals in a limited number of disruptive, unruly concerts. It will be a total blast, and we aim to go out hard. Just you wait. 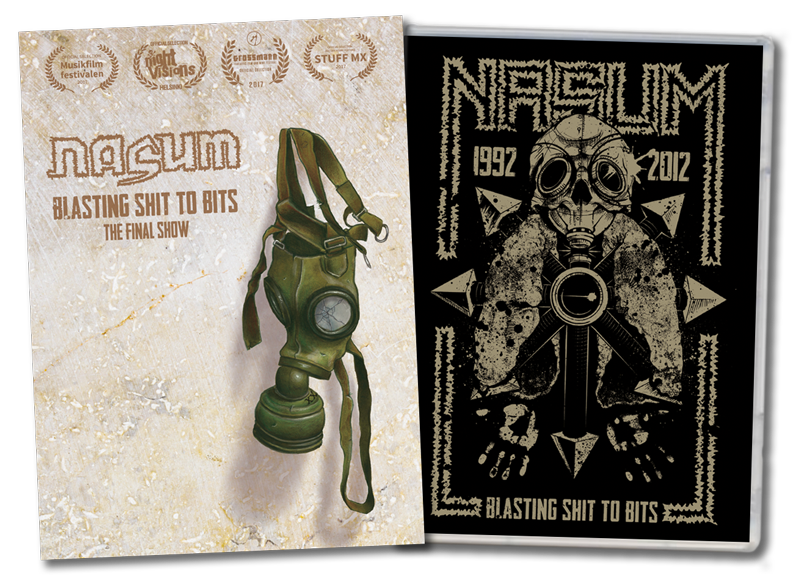