Behind the scenes: The band that almost happened

The first show of the final European tour was scheduled in Helsinki, Finland. We could not bring Black Breath to this show for different reasons (in the end Black Breath went there on their own after our mutual tour had ended), and we had many discussions about the support acts. A number of bands were in discussion and one of them was Keijo's "home band" Rotten Sound. Keijo had expressed a wish to perform with Rotten Sound at the same evening as Nasum, and although we were a bit reluctant at first we thought it was appropriate, especially since a "special show" was in the talks.

At some point during the "four continents" part of the tour, I suggested that Rotten Sound should only play songs recorded by Mieszko as a special show. Keijo liked this idea and talked to his fellow band mates who agreed on the idea. Then for some reason the idea of temporarily changing the name of the band came up, and I suggested Rotten Soundlab, as Soundlab was the name of Mieszko's studio. I was so eager to make this happen that I offered to adjust the Rotten Sound logo to this new name.

I did that at a hotel room somewhere on the other side of the world, and both the name and the logo got thumbs up from the band, but in the end this idea was canned due to different reasons, mostly because of lack of time to rehearse a Soundlab-only set, and Rotten Sound(lab) was left of the bill in Helsinki.

I still think it was a pretty good idea and I really like the logo I came up with, so here it is: 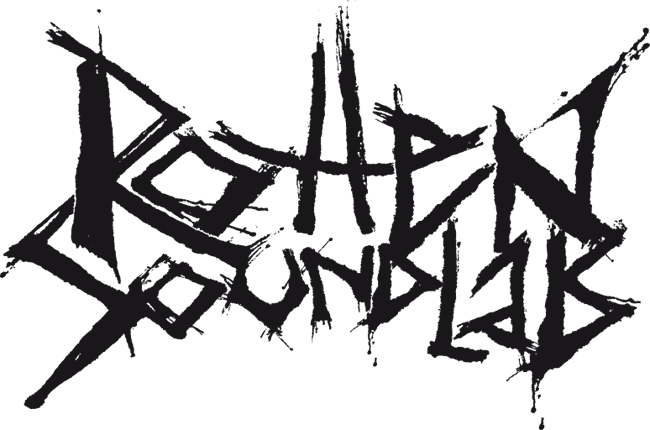