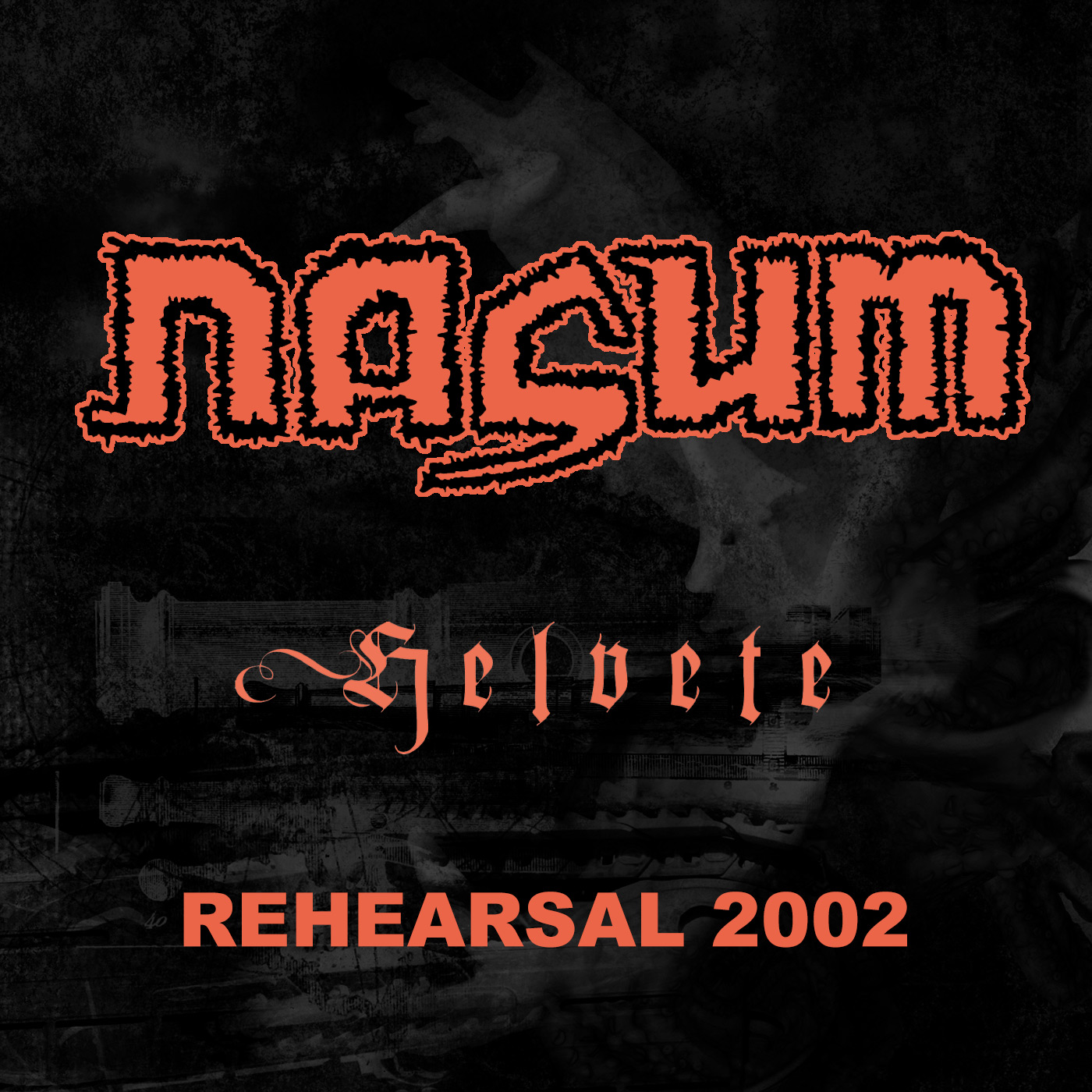 So I found a CD with an instrumental ”Helvete” rehearsal performed by Mieszko and myself. If memory serves me right this rehearsal was recorded on a mini disc with an external (stereo) microphone. It’s a pretty good sound, but in all honesty not that more advanced than a classic cassette recording. Without the noisy sound, that is. Well, enough about the recording devices - I guess this was recorded sometime during 2002. It has 19 of the in total 29 original songs we recorded once we hit the studio, and 15 of those 19 ended up on the standard album. It has none of Jesper’s songs so its obviously recorded before he added his stuff.

Listening to this rehearsal brings back a lot of memories. Or feelings, I should say. I really love the creative process and listening to these 19 tracks I guess that we were pretty far into the process. Sure, some stuff are a bit sloppy, but I get the feeling that this stuff were pretty well rehearsed. But nevertheless there are some stuff worth mentioning about some of the tracks as they are not exactly as performed on the album. In one case there are some very weird stuff going on that I am very glad that we got rid of!

This closing track of the album originally had a long intro which began with a more or less improvised part, then going into a Smashing Pumpkins type of groove before landing in those distinct rhythms that begins the studio version of the song. This intro was recorded during the album session but cut completely in the mix. There should be a rough mix somewhere that I need to find one day. Good call, because it doesn’t really work. Never the less, we played this intro live on a little tour in Finland after the recording of ”Helvete”, but then the intro died for good.

”Fury” was a great song that ultimately was cut from ”Helvete” and reworked on ”Shift”. The ”Helvete” version, which is pretty close to this rehearsal, ended up a bit slow during the recording which was the reason that we put it to the side. It’s a special song for sure, and in some ways I miss this version, although the ”Shift” version has that drive a grindcore song needs.

This song is exactly as it ended up on the album, but it’s quite interesting to hear the song without the vocals. The vocals are obviously a bit part of the Nasum sound but in some instances they hide the details of the riffs, and I am quite pleased with this song. Great momentum and a really aggressive edge.

One of the greatest non-grind songs of Nasum. I really love ”Relics”. It was always a pleasure to play the song since there’s a lot going on drum wise. This version is pretty close to the album version with some minor differences in the passages before the last pre-chorus and chorus. Just details but still something different.

This is a prime example on WHY you need to do rehearsal recordings. The final version of ”Scoop” is one of my top-5 Nasum songs. A really good song that has a lot of drive, cool rhythms and dynamics. This version hasn’t. It’s basically the same song but with a completely different verse that really eliminates the drive of the song. The idea was to have some kind of rocking Entombed-style type of verse, but somewhere along the way we got to our senses and changed it to that d-beat/blast driven verse that is on the album. Good riddance!

Listening to this song, that didn’t make it to the ”Helvete” album, I really miss rehearsing with Mieszko. I’ve talked about the numerous time, how we had this uncanny ability to become almost the same musical entity when we played together. It’s especially noticeable during the end of this song when we go into the heavy part where the Bolt Thrower influences becomes pretty clear. I can’t say that this is 100 percent improvised but we had these kind of rhythmic jams every now and then without talking about what to do. I miss those a lot.

• Rehearsal 2002 with comments
• Liner notes from the 2014 LP reissue
• Helvete working titels
• The recording of... (diary written by Anders)
• The making of... (written by Mieszko)
• "Making of" Preview of Hell (mp3)
• Discography page
• Track by track commentariers
• Lyrics