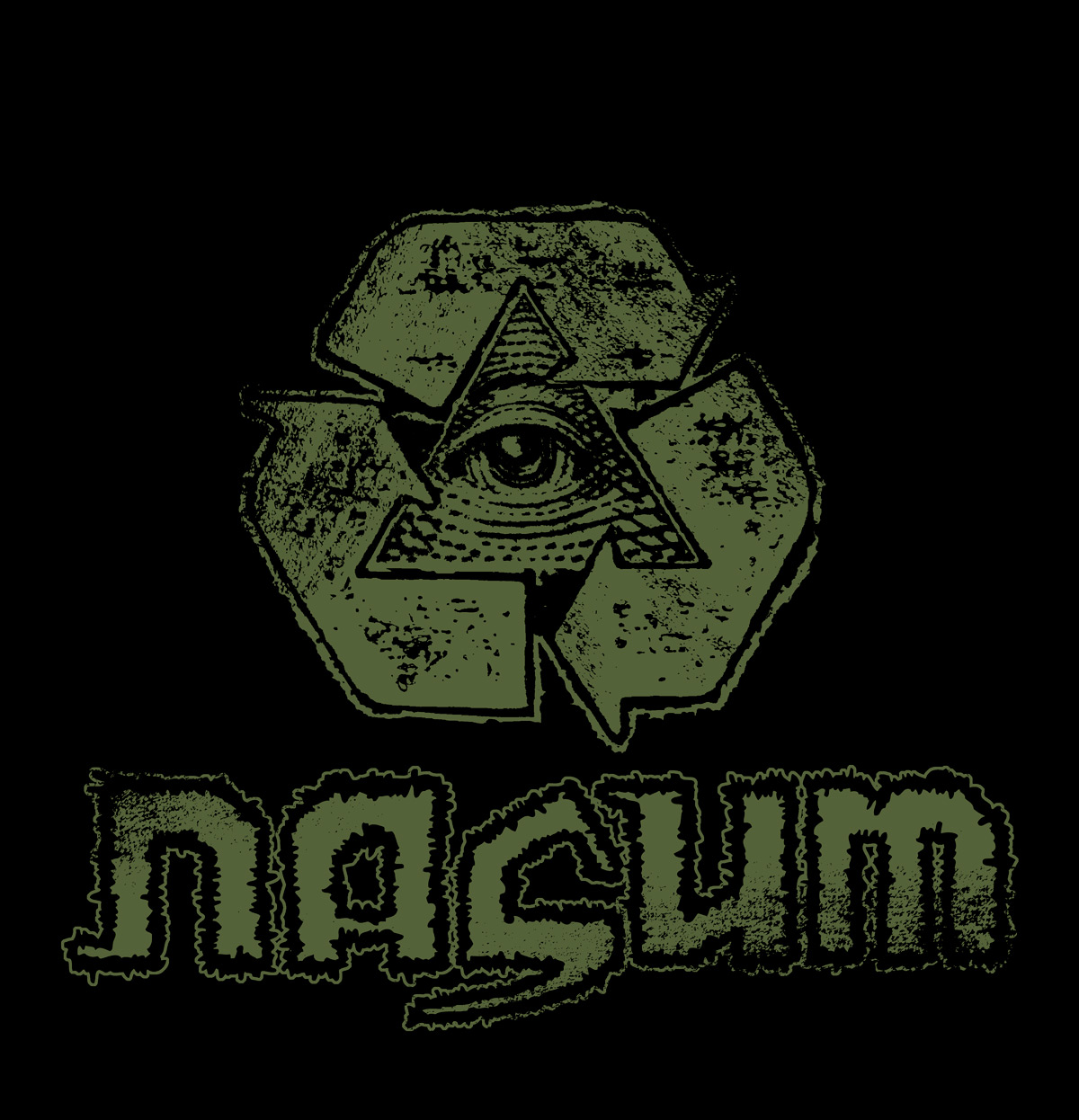 Back in early 2000 I started working on a t-shirt design for Nasum. I had a rough recycle symbol that I combined with an eye. I combined that piece of graphic with the logo and a clever phrase, ‚ÄĚEye see lies‚ÄĚ, a play on words from the ‚ÄĚInhale/Exhale‚ÄĚ song ‚ÄĚI see lies‚ÄĚ. I remember that Mieszko liked it. However we never printed it and did a completely different design instead with a very famous mosquito picture and the text ‚ÄĚThe Black Swarm‚ÄĚ. That became the second official ‚ÄĚprinted by the band‚ÄĚ t-shirt from Nasum, see the Merch History for this design.

When we were about to embark on the seven week long tour with Napalm Death in the fall of 2000 we made one (1) design with the recycle graphic inside a ring with ‚ÄĚNASUM - GRINDCORE‚Ä¶‚ÄĚ repeated. This single design was supposed to be our income/salery for the tour, as all of the other money went to recoup the tour support Relapse paid. Today I would not go on such a long tour with only one design (although we had ‚ÄĚInhale/Exhale‚ÄĚ and ‚ÄĚHuman 2.0‚ÄĚ design, but they were Relapse‚Äôs and not ours).

The recycle graphic stayed in the back of my mind, and followed me with every new computer I got. It inspired the ‚ÄĚShift‚ÄĚ graphics and it‚Äôs also featured in the footer of nasum.com.

This design will not leave me alone. That‚Äôs quite obvious. And while I was going through the archives looking for something else recently the old file was there again, wanting to be used. So I did a ‚ÄĚRecycle 2018‚ÄĚ version. I added a new and better eye and polished the edges slightly. I decided to have the logo at the bottom to get a triangular feeling and finished off with some ‚ÄĚdistress‚ÄĚ. The new bottle green color more or less happened by incident and it looks really cool. 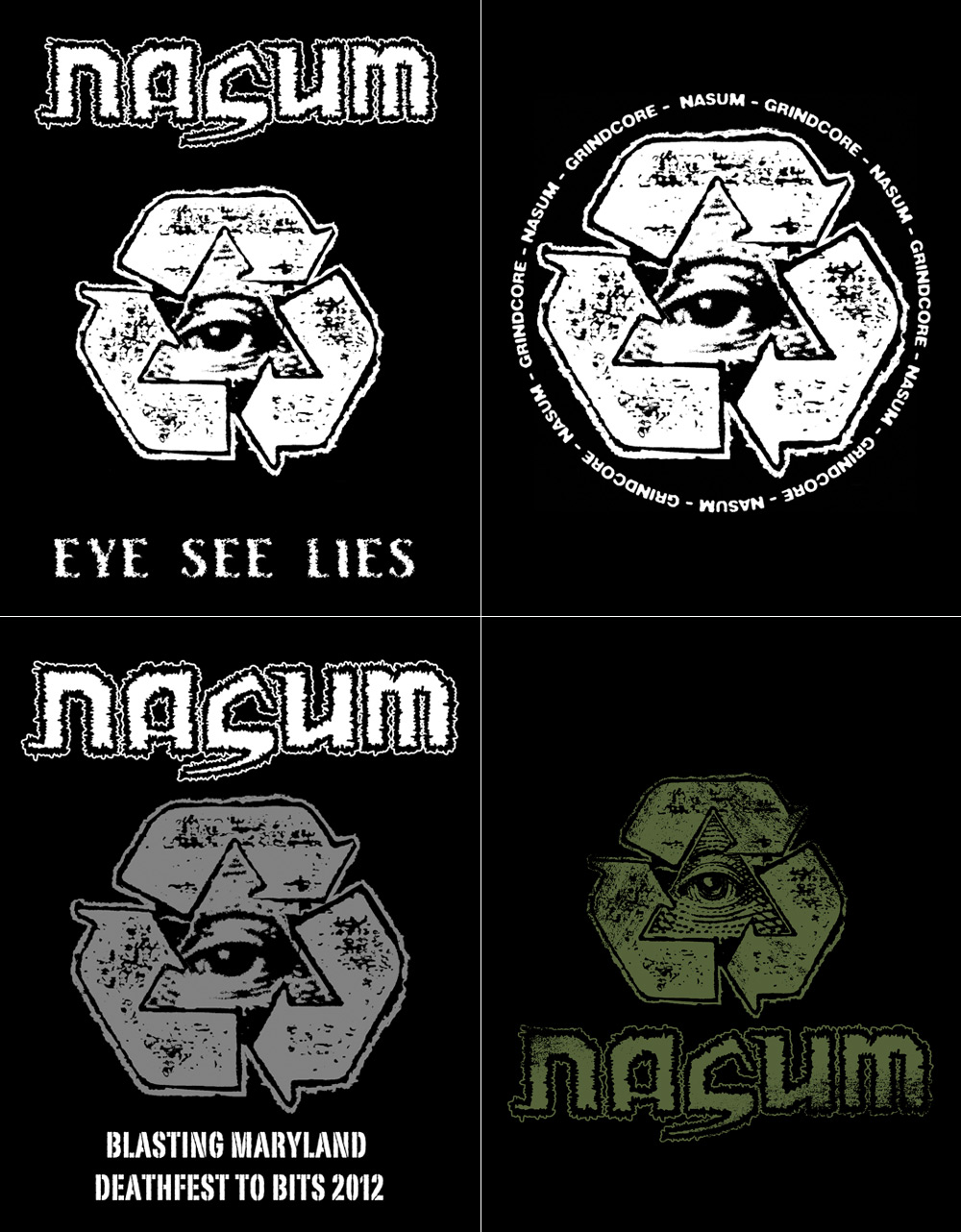