I don't remember all the details but I guess we decided to have a bonus 7" with only covers coming with the LP version of "Inhale/Exhale" before we started recording the album. The covers were personal favorites that we'd been inspired by. Maybe some odd choices like the Refused and Propagandhi songs, but in my opinion a good track is a good track. I must also mention that members from all bands except S.O.B. has gotten in touch with us and given us thumbs up for our versions.

The artwork and design was done in-house by Relapse who apparently liked the gasmask theme a lot. It's really cool and obviously fits well with the "Inhale/Exhale" artwork. 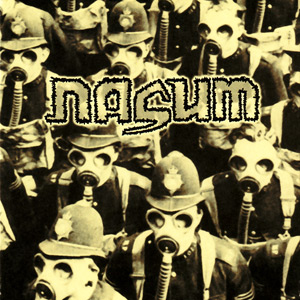