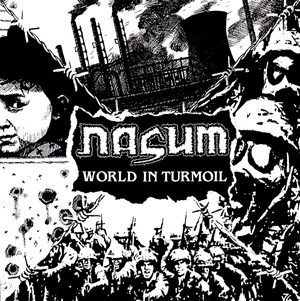 About the record and cover...

Narutoshi from C.S.S.O asked us to do a 7" EP on his Blurred Records label, so we did it. Not much more to say about that. The cover artwork was made by a friend of mine called Jonas Lannergård, who later did the Nasum logo in the Napalm Death style, and is sort of in the same vein as the "Blind World" cover. Grindcore aesthetics!