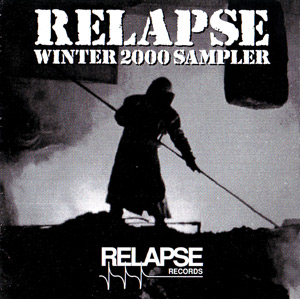 Apparently this promo compilation includes a rough mix of "Shadows" from "Human 2.0". I can't really remember how this happened, but I guess the logical answer is that Relapse wanted a new song for their compilation and Mieszko sent them a rough mix of the song.

Listening to the song today it appears to be exactly the same as on the album, so the mix isn't particularly "rough" (albeit the production on "Human 2.0" is pretty rough in itself).

This might be a very hard release to track down for the die hard collector as promo compilations of this sort usually have a very short life, and if I remember correctly this particular compilation wasn't really officially released.