Related stuff - and more - on the merch page! 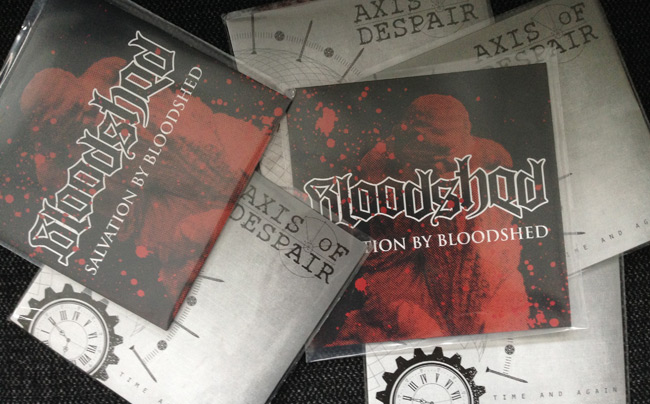 A bunch of more or less odd stuff has been added to the merch page. First and foremost the two freshly released related 7" EP's, "Time and Again" by Anders new band Axis of Despair, and "Salvation by Bloodshed" from the 18 year old death metal project Bloodshed including Mieszko and Anders.

Read more about the Bloodshed project and EP in this vault blog entry. Both EP's are available in their limited and regular editions, at least for a while...

Then there's a few Nasum items - a handfull of "Shift" LP's, the recent repress in black vinyl, and a handfull of the "Domedagen" cassette EP. Two tribute albums, one for Nasum and one for Repulsion, are also on the page. Both has little heard covers performed by related band Coldworker.

Get your stuff here!