Newspost • Posted: December 26, 2005 15:57:51 by Anders Jakobson
Today I went to Mieszko's grave to light a candle and give him the first 200 messages from the fans and friends and his copy of "Grind Finale".

I am not sure how things are in the rest of the world but the Tsunami disaster struck very hard on Sweden and there are memorial services all over. One of the national TV-channels has devoted the whole day to the one year aniversary, so there is really no escape from everything.

I read all the messages before I printed them out and my tears flooded. Thank you very much for the kind words. At the grave I spoke to Mieszko for the first time. I haven't felt that it's been the sane thing to do the other times I've been there, but today I showed him "Grind Finale" and said "Here it is, our last record" and ended up crying a little bit. The first time since the funeral that I've been crying at the grave.

As you can see on the pictures the grave is still missing a proper tombstone and I know that it's been ordered but currently the ground is frozen so they have to wait until spring to get it there. 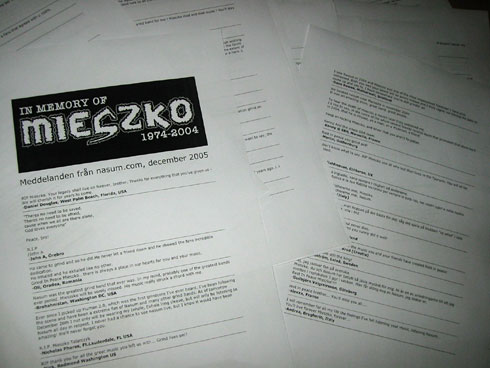 The grave with a lot of candles. 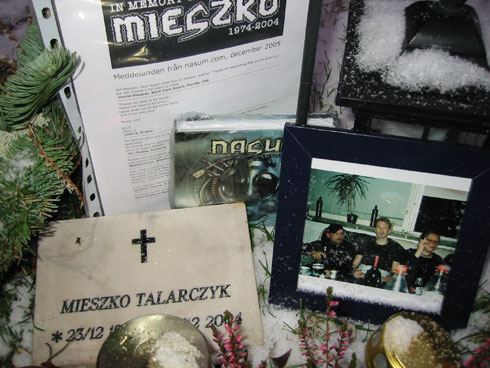 Close up on the temporary stone, the messages, "Grind Finale" and a frame with a picture of Mieszko, his friend Klas and Emma.