Newspost • Posted: November 26, 2005 13:39:59 by Anders Jakobson
Yesterday I got my personal copies of "Grind Finale" and I guess you can imagine how that felt, right? I've been following the package's route from Philadelphia to Örebro on UPS's website and I feared that it wouldn't be delievered on Friday, but it was and I became a happy fellow. It's too bad it's over two months left to the release, but you know it will be worth waiting for this release.

In my ongoing quest to give you the best fan focused band website ever or to tease the fuck out of you (your choise really) I've taken some photos of the packages just to let you all know what it's all about. The description "hardbound double digipak with an 80 pages thick booklet" might not say much, but pictures tell more than a thousand words... Just look a little further down this article to see the images.

I am - by the way - very happy about the outcome. I am happy that we chose this packages, that for me feels quite original and not that common. I stopped by Dan Swanö's music store to give him his copy on my way home yesterday and he was impressed and said that "Grind Finale" will "set some new standards regarding this type of releases". I don't know about that, all I wanted was to do something that was worth the money, and I think "Grind Finale" is.

The first review is available online at Decibel Magazine - a magazine edited by Adrian Mudrian who wrote the foreword in the booklet. Why are they publishing a review now, two months in advance, you might ask. Well, Decibel was sent to the printers before the second delay that pushed the release date from November to January, so it's not that strange. If you pick up an actual copy of the magazine there should be comments on the four Nasum albums written by yours truly.

It's not the only part of Decibel that I've contributed to. Fellow grinder Matthew Widener has written a piece about Carcass Clones where I've been interviewed as an ex-member of Necrony rather than an ex-member of Nasum. Urban is also in the article as a now-member of Regurgitate. It's a funny piece for us Carcass lovers - check it out!

I was hoping to have restocked on merch by this weekend but the print firm wasn't able to do it due a lot of orders, so by Tuesday or Wednesday next week the t-shirt stock should be filled. Read this blog for some more info.

Allright - here are the photos along with some comments. Enjoy! 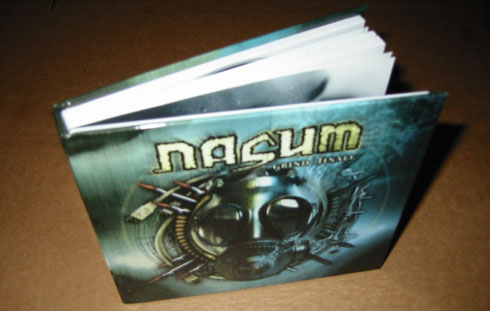 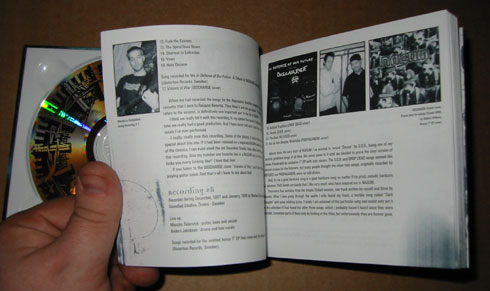 The 80 pages thick booklet includes a foreword, an introduction, liner notes (as shown in the picture) and a shitload of lyrics. 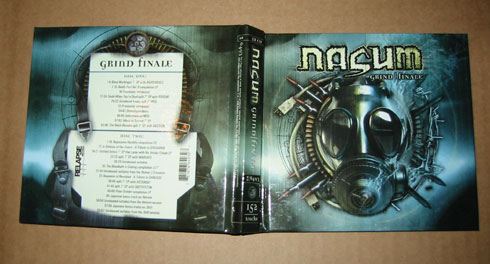 The backside, spine and frontside of the hardcover. 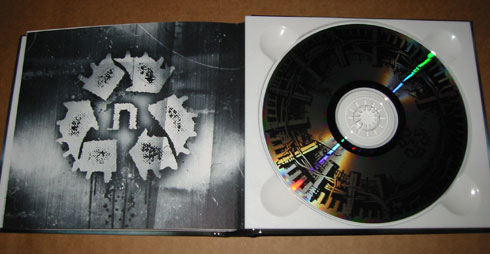 Last page of the booklet and disc two. 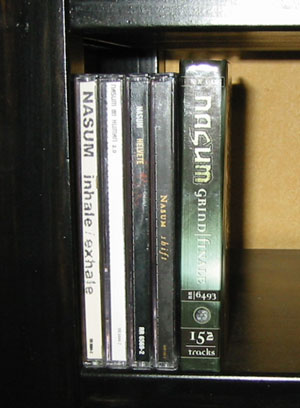 "Grind Finale" together with his buddies in the bookshelf. 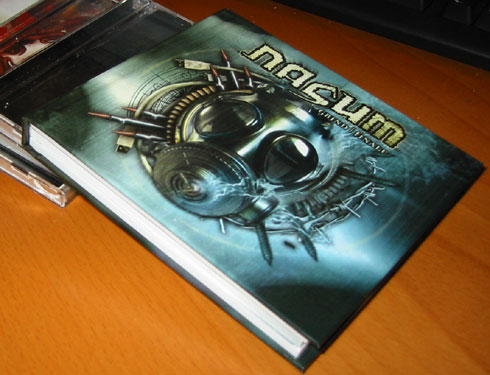