There has been some exiting things going on with the vault related stuff lately. I posted a few video messages on the Nasum Facebook page, but I figured I needed to put it down in print as well.

To begin with, last Friday the 8th album in The Rare Nasum project was published on Bandcamp. I let the members of the Nasum Facebook page vote between a "Domedagen" rehearsal and a "Frankensteined" live show from November/December 2000, and the latter"won" the vote this time. That means that the "Domedagen" rehearsal will be next release, coming this March.

The live show was glued together from four different shows out of eight recorded on seven Minidiscs that I found in my archives while looking for other stuff. You can read lengthy notes about the show and the sources here. 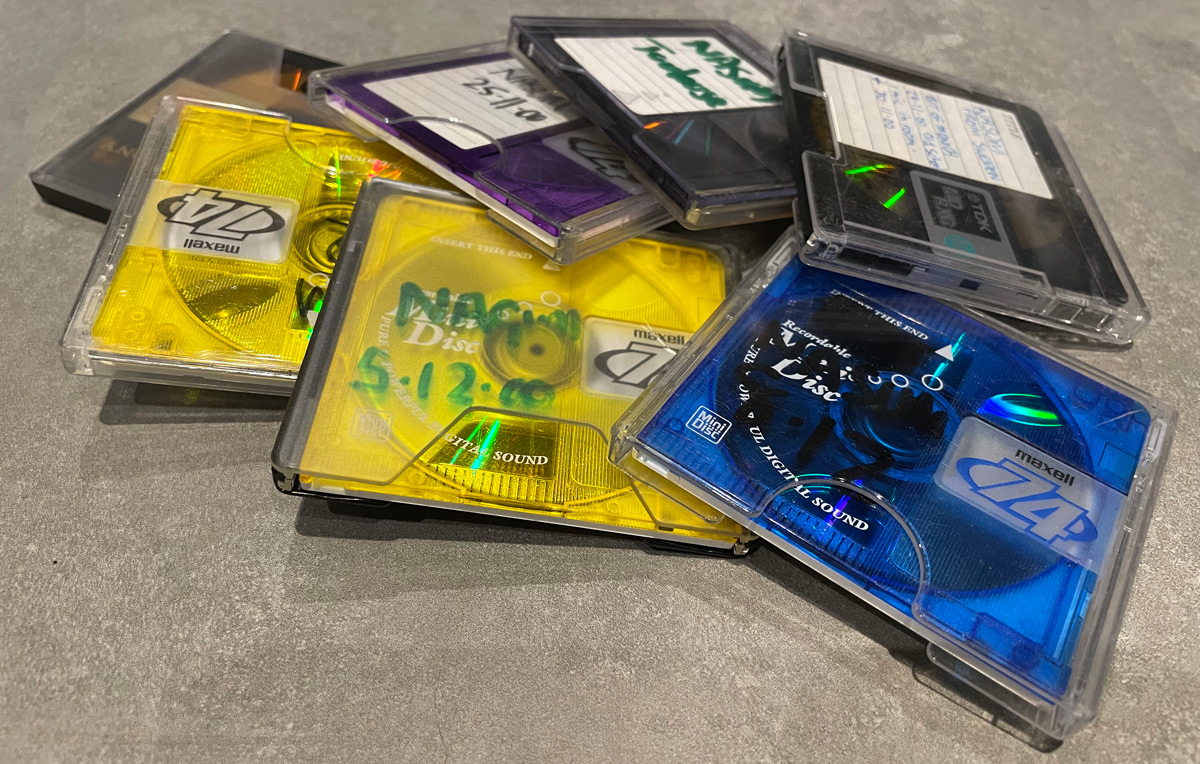 In the first of the two video messages I explained that I have reached the end of the cassette project, where unfortunately not all things that I had hoped to find had been discovered. Some might not exist at all, while others do exist, so the definite end is floating at the moment. Are there more tapes somewhere? I don't know.

I also explained that from the start of the project I have gotten requests from people wanting to buy original tapes. I am not going to sell any of my tapes since they have such a big personal value. But there are some tapes that I am willing to sell. I inherited a box of tapes from Mieszko and my memories of Mieszko aren't connected to his tapes so I figured that they could be cool and unique collector's items for the fans. There are like 4-5 tapes that I am planing to sell, among others Mieszko's master copies of the "Domedagen" demo and his compilation "Corpse Flesh Genitals". At the moment, those who are interested in buying these should write me at nasum@nasum.com and I will add you to the list until I figure out how to proceed. There will probably be some kind of auction for the stuff. I don't know yet, but if you are interested - write me! 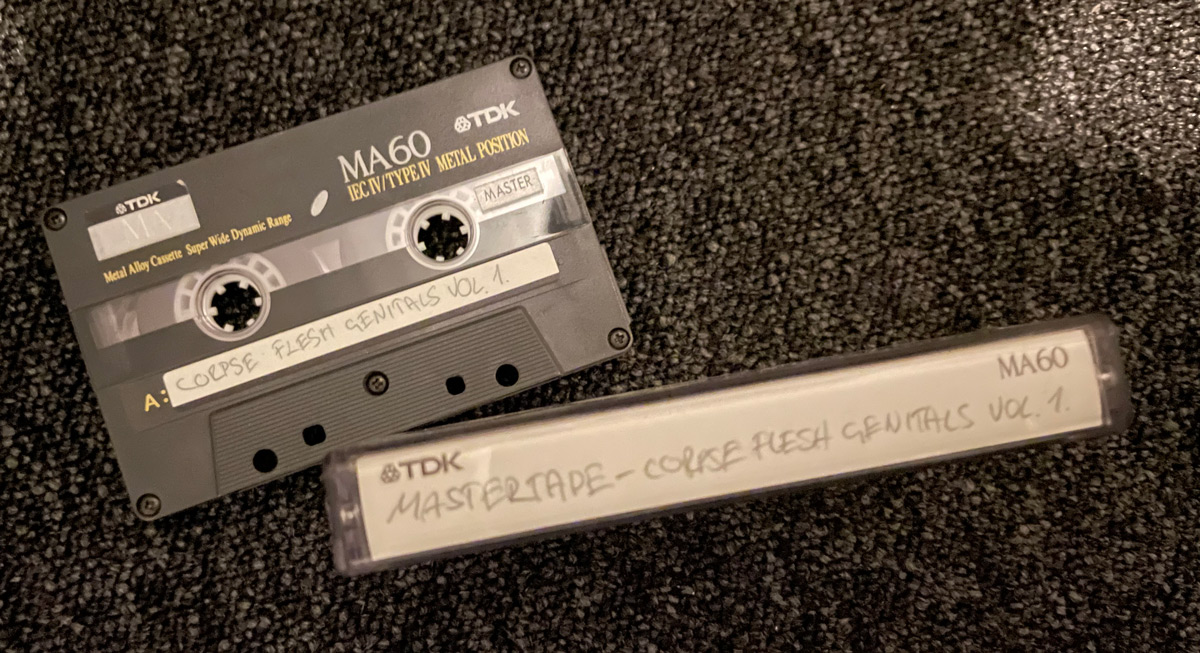 And then, the huge thing, that came out of nowhere... A few weeks ago I met with Mathias Färm who used to run Soundlab Studios together with Mieszko back in the day, and still does these days on his own, and he gave me a bunch of master tapes that he discovered when they moved the studio a few years ago. There were five ADAT tapes that has "Human 2.0" and then five 1/2" reels with stuff connected to me! One of the tapes has, according to a paper inside, the 16 track recording of "Industrislaven", and two tapes has the recording of "Inhale/Exhale" which is REALLY exciting. Unfortunately, "Inhale/Exhale" was recorded on three reels and I have number 1 and 3... But then there's one mystery tape that is marked only "Nasum" and that can be the missing second reel, or it can be either the "Regressive Hostility" recording of the Warhate-split stuff recorded between the albums. 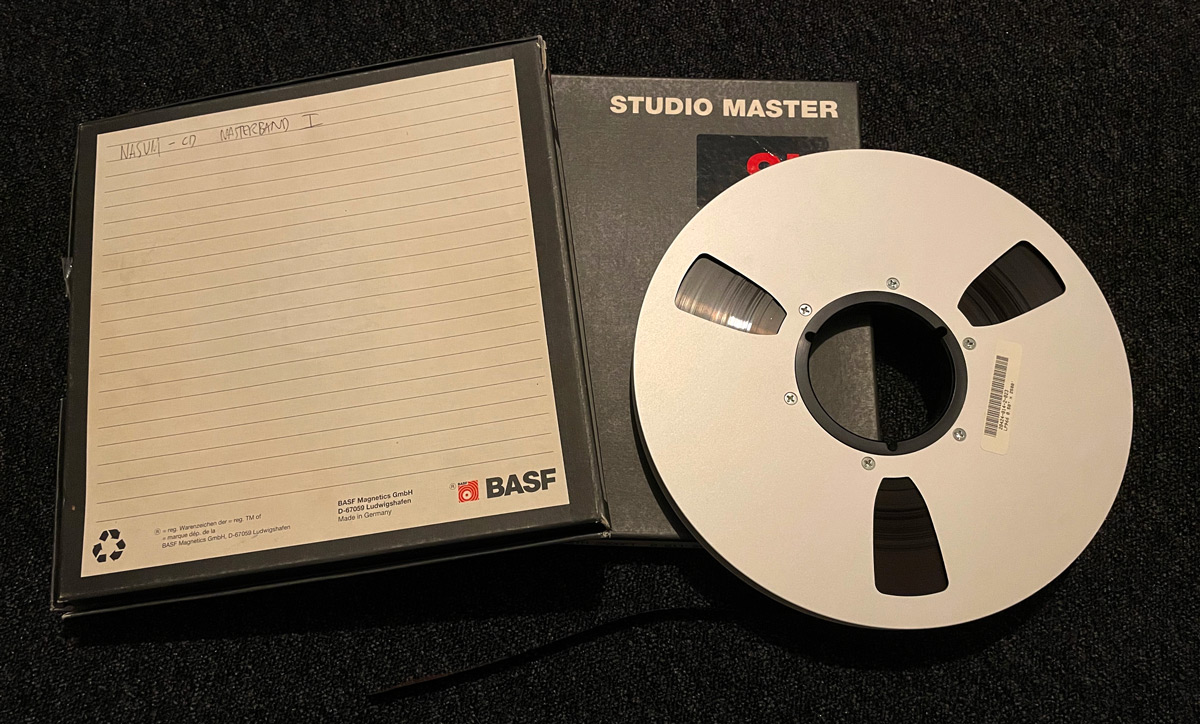 I don't know, but if it is the second "Inhale/Exhale" reel, I would be extremely excited. The goal with the cassette project was to find the four unreleased songs from the album and I found only one. During the project I came to the conclusion that they probably never were mixed properly and therefor never put on a cassette. But I know now that at least two more are on the reels I got (since we wrote the reel content in the Soundlab guestbook) and hopefully all four are there.

I need to bake (!) and transfer these tapes digitally and I have some options how to proceed with that, but it will cost some money, so if you want to help me to fund the work, support The Rare Nasum or donate in some other way. All proceeds from the Mieszko tapes will obviously also cover this upcoming cost. Once the reels are available digitally there are exiting stuff to be done!