The remastered reissue of "Pathological Performances" 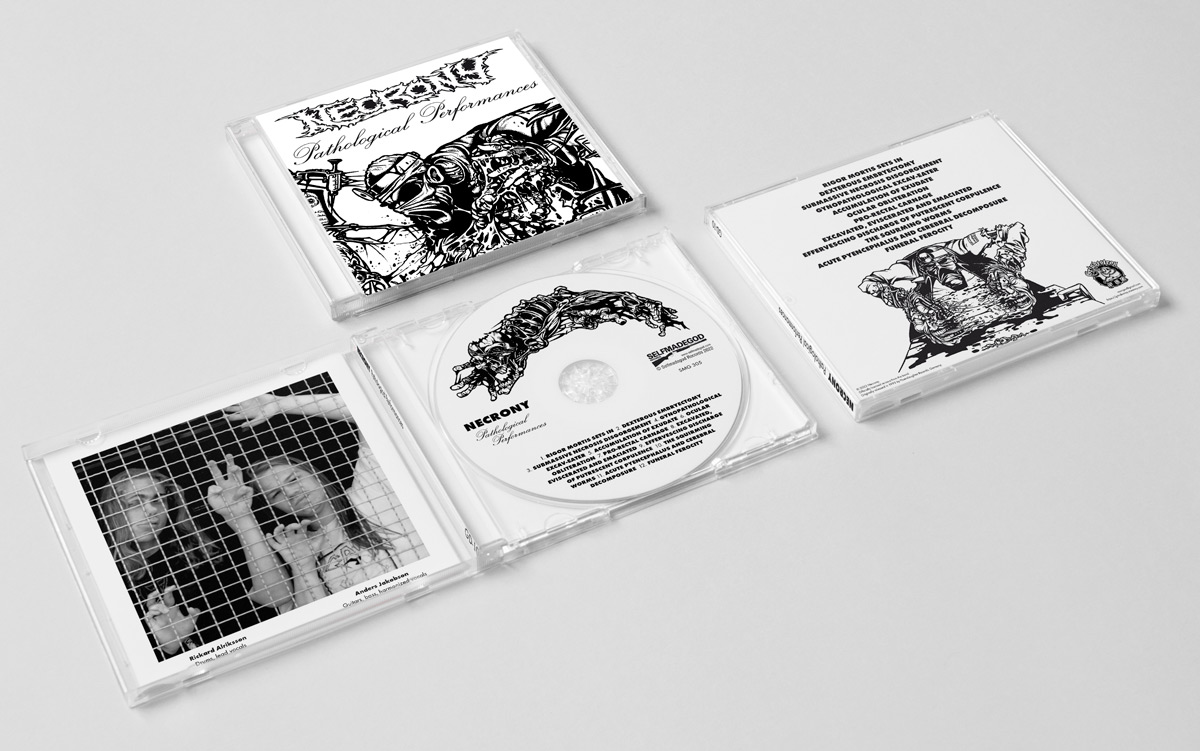 March 11, 2022, a remastered reissue of "Pathological Performances" will be released on CD in four different editions, making it a worldwide release. The music has been remastered by Dan Swanö and the CD comes with a brand new layout inspired by the original design, made by Anders Jakobson.

Selfmadegod Records covers Europe with Japanese distribution. Their edition comes with a white slipcase and there will also be a small edition on cassette. Grindestroy will release the album in Mexico and the US. Their version also has a white slipcase. The Australia and New Zeeland edition will be put out by Bitter Loss Records and Disembodied Records will spread the Swedish gore all over South America with a black slipcase. Follow the links for pre-order and several merchanside bundles.

Welcome to the digital home of Necrony! Necrony's demise came before the public breakthrough of the Internet. Think about that. The purpose of this little webpage is to provide information about the band, the official releases, the available merchandise and the current news about the band. Which isn't that much, since the band is still dead. As a more active companion to this page, we have launched a Facebook page - check it out. As for this digital home, the plan is to expand it with archival stuff and create the ultimate resource for Necrony information. With that said, some parts of the website is still under development.

Our thoughts on reissues

During the years we have recieved several offers for reissues. It's been everything from individual records to elaborate full discography releases. We have kindly opted to not do anything. In the mean time several bootlegs has been released which is disappointing. Subpar releases are no fun. However, we have slowly changed our minds. We are taking full control over Necrony starting with the cassette release of "Pathological Performances" in 2021. That was an odd suggestion that was appealing. Also it was very obvious that the label was true fans of the band, and not someone who just wanted to put out something with Necrony. That was crucial for us to progress. So we are open to future reissues but it's very much on our terms. 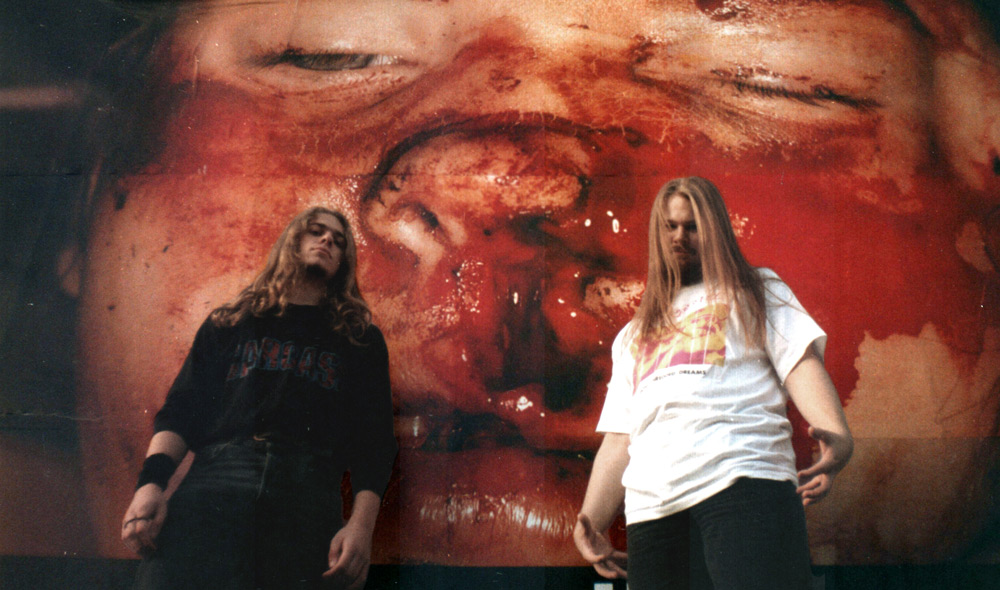 Necrony was a Swedish death metal band existing 1990-1994, with Anders Jakobson and Rickard Alriksson being the two consistent members through out four different line-ups. The band was considered a Carcass clone, but anyone with proper hearing will testify that the clone thing was mainly a lyrical issue. Through out the years the band recorded five times and released one demo, one 7" EP, one full length album on CD, one MCD with coversongs and a promo tape. Following the promo tape, the band did a short tour in Germany, where the five shows were the only ones Necrony did in total. And following the tour, the band disbanded. A brief two day reunion happened in 2001 for the recording of a Carcass cover.